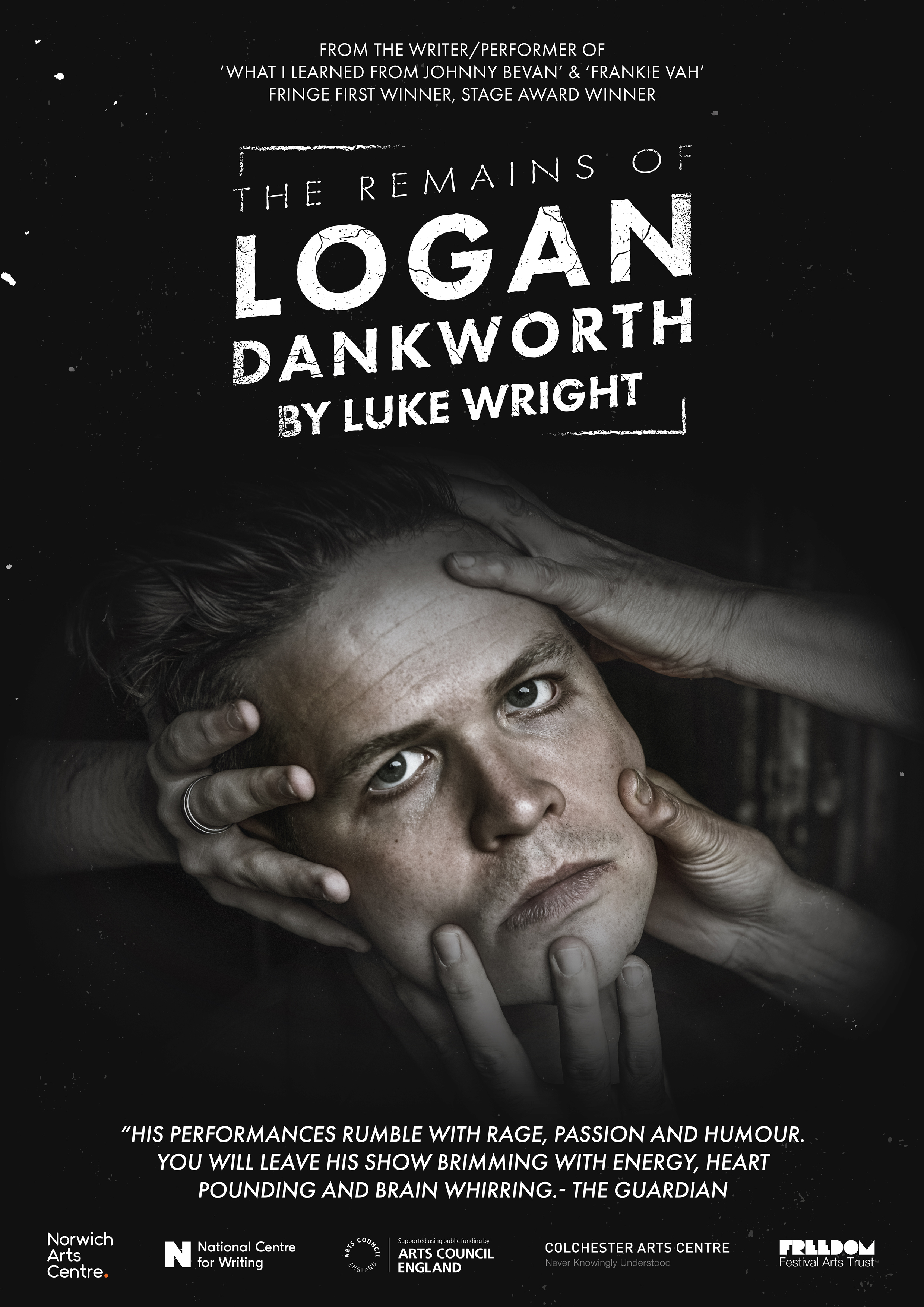 I believed that Fukayama line: the end of history. But History didn’t end, did it?

“Human, vulnerable, eminently honest and very, very eloquent. There is some sensational writing in this show, and Wright paces his storytelling like a trainride, quickening to exhilaration, slowing to pathos, and always keeping us with him.” Arifa Akbar, The Guardian (January 2020)

“Raw, rollicking first-person poetry…it is great – a hurtling, headlong hour of storytelling stuffed full of savage satire and astute observations, with the energy of Wright’s delivery surging.” ★★★★ The Stage (May 2020)